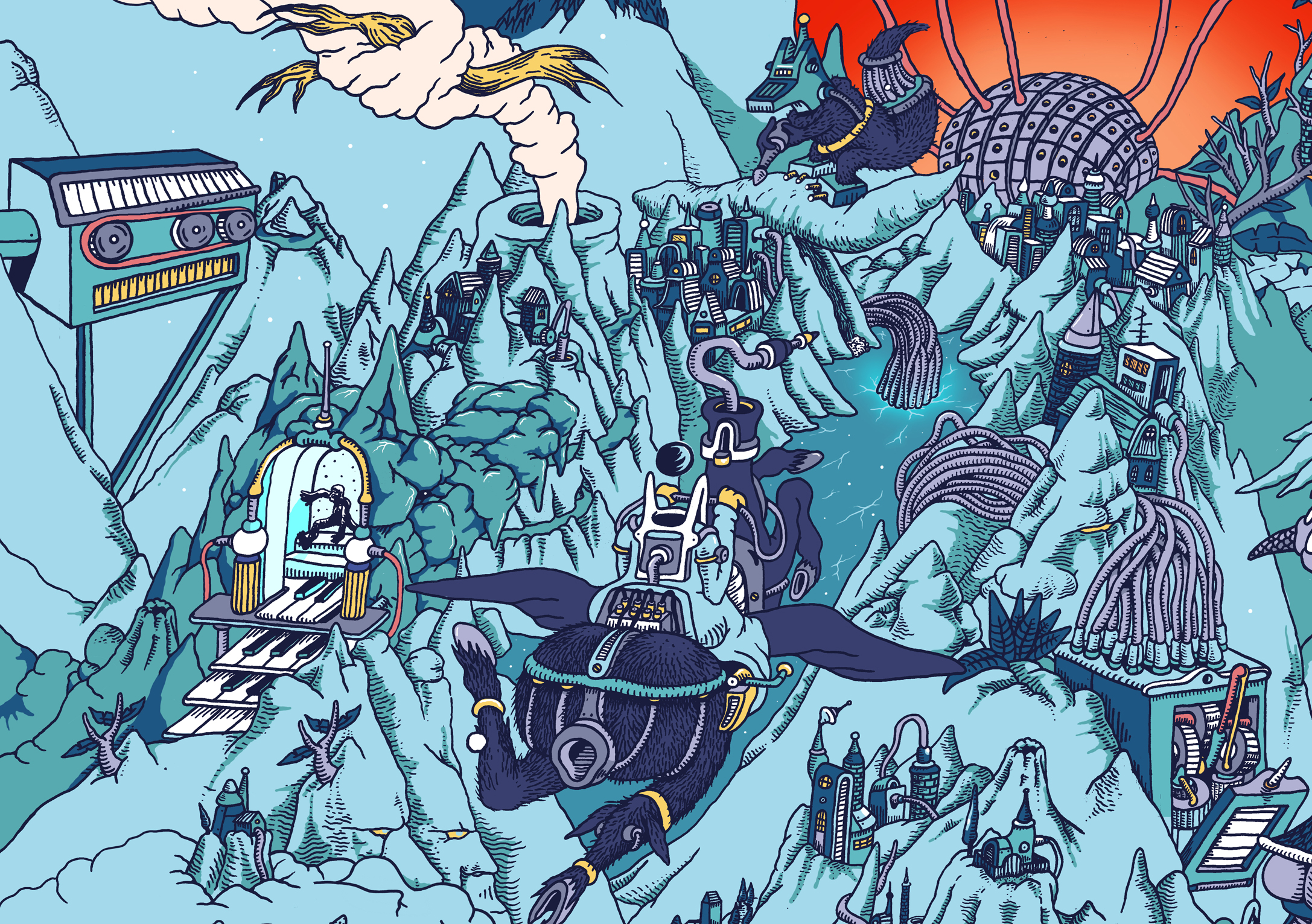 Learn from our community most inspiring Artists. Find the perfect course for your...

Collectible Sound Art for your Home, Studio or Office... 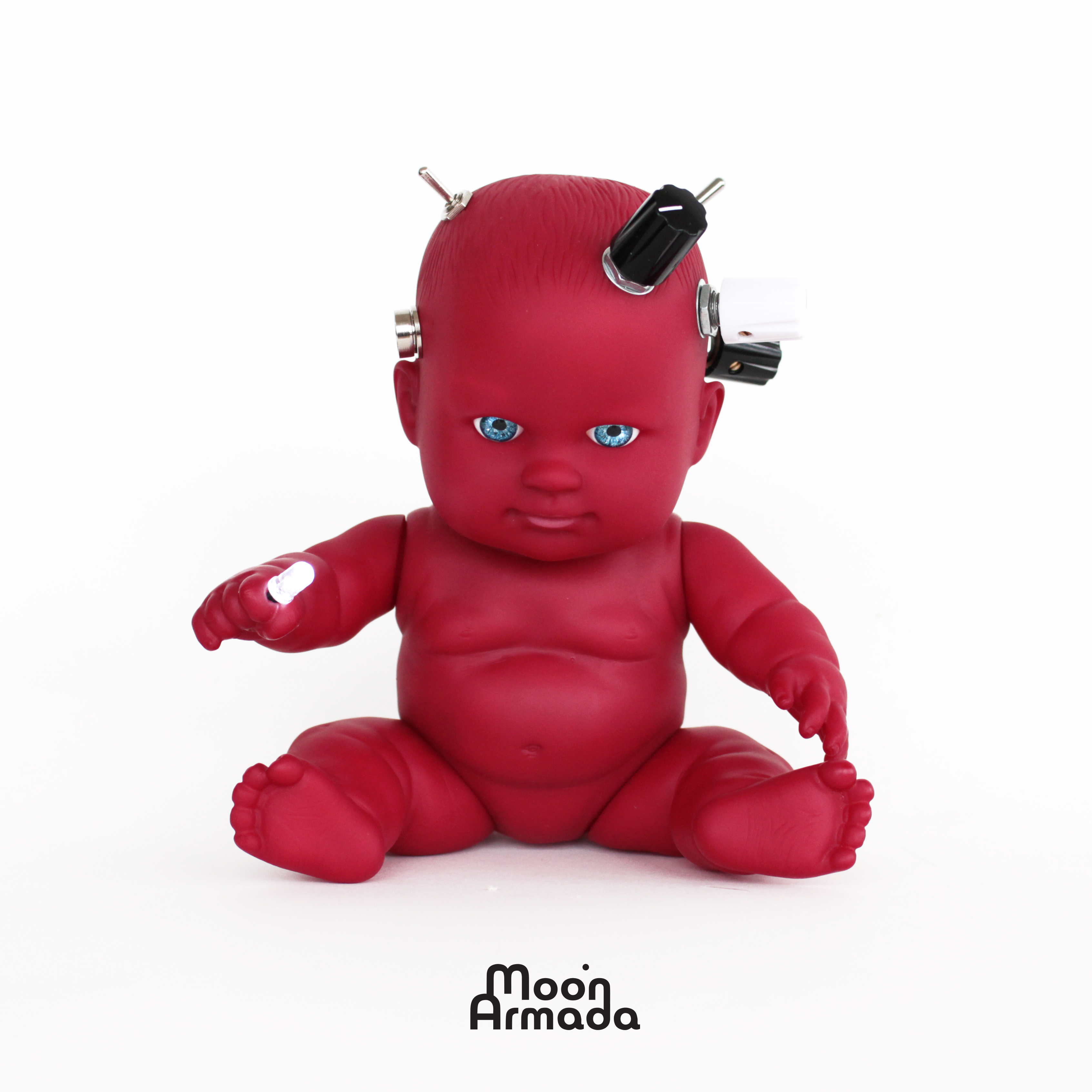 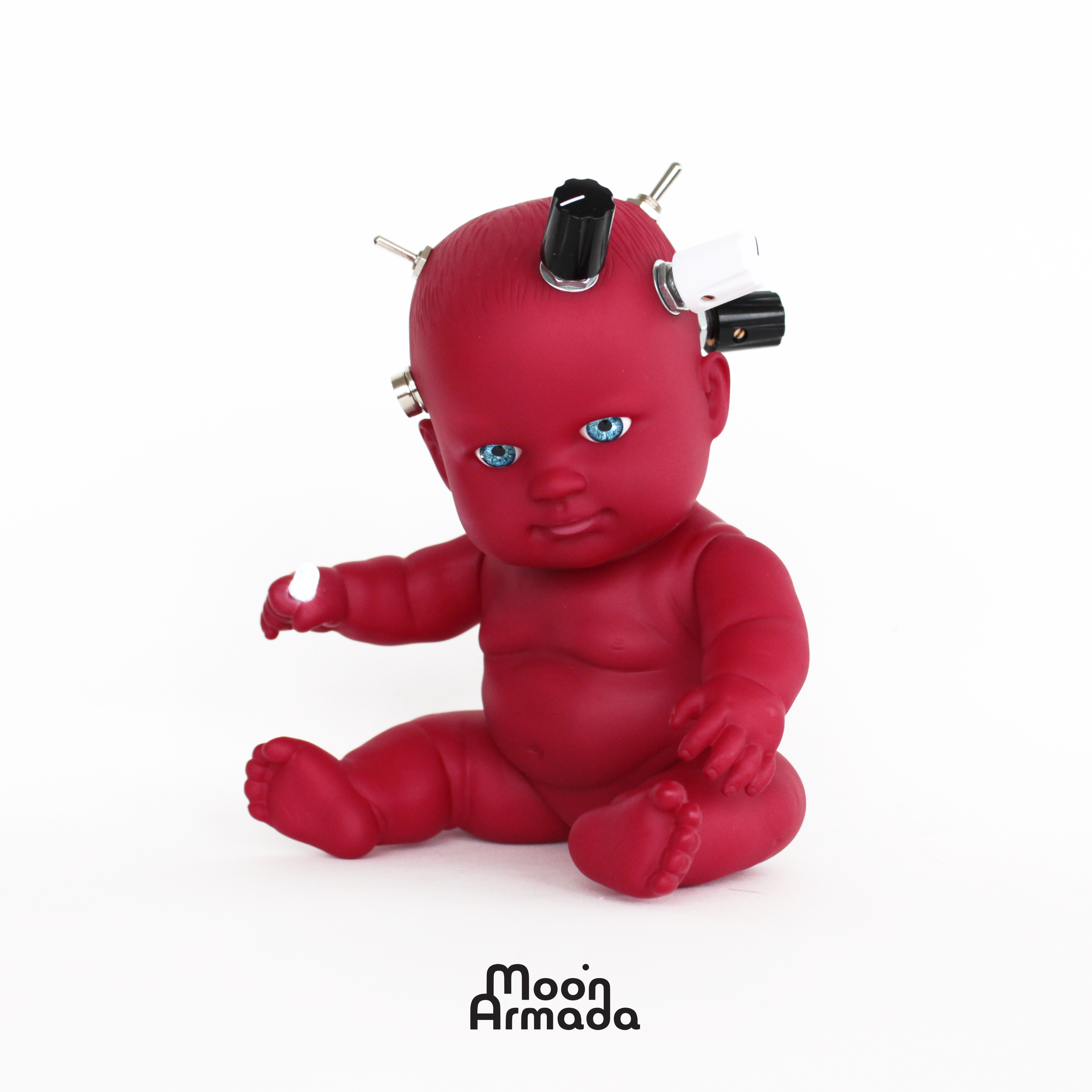 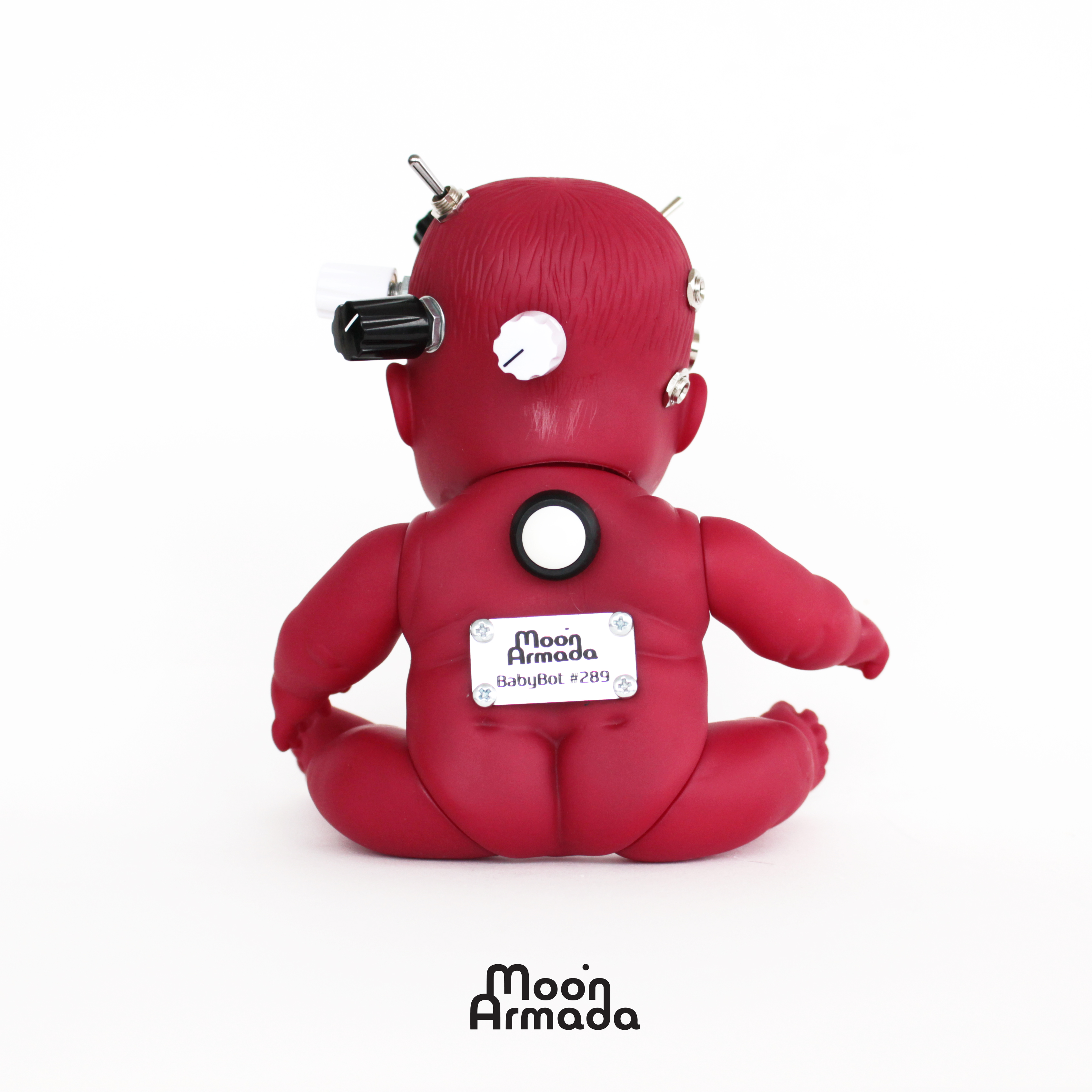 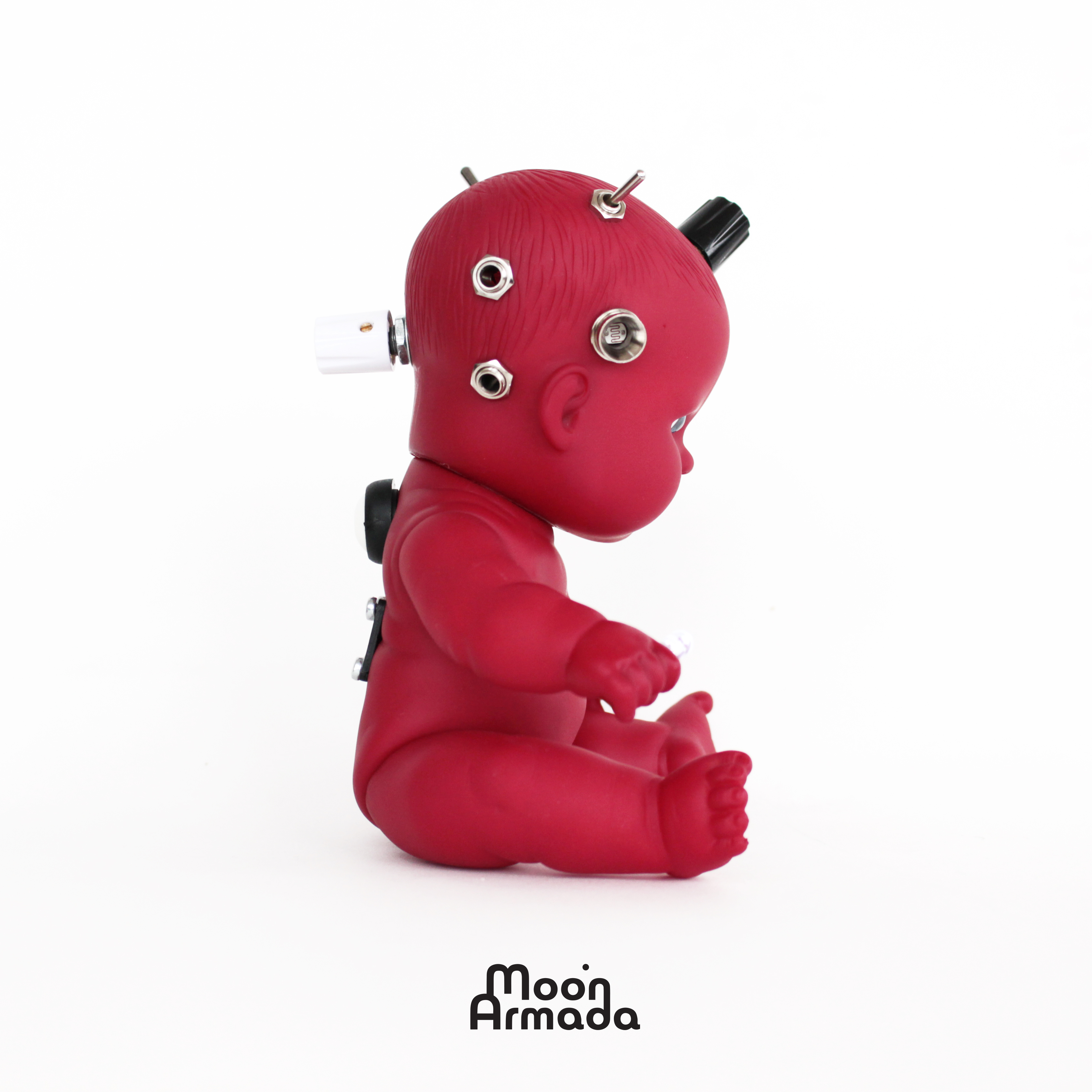 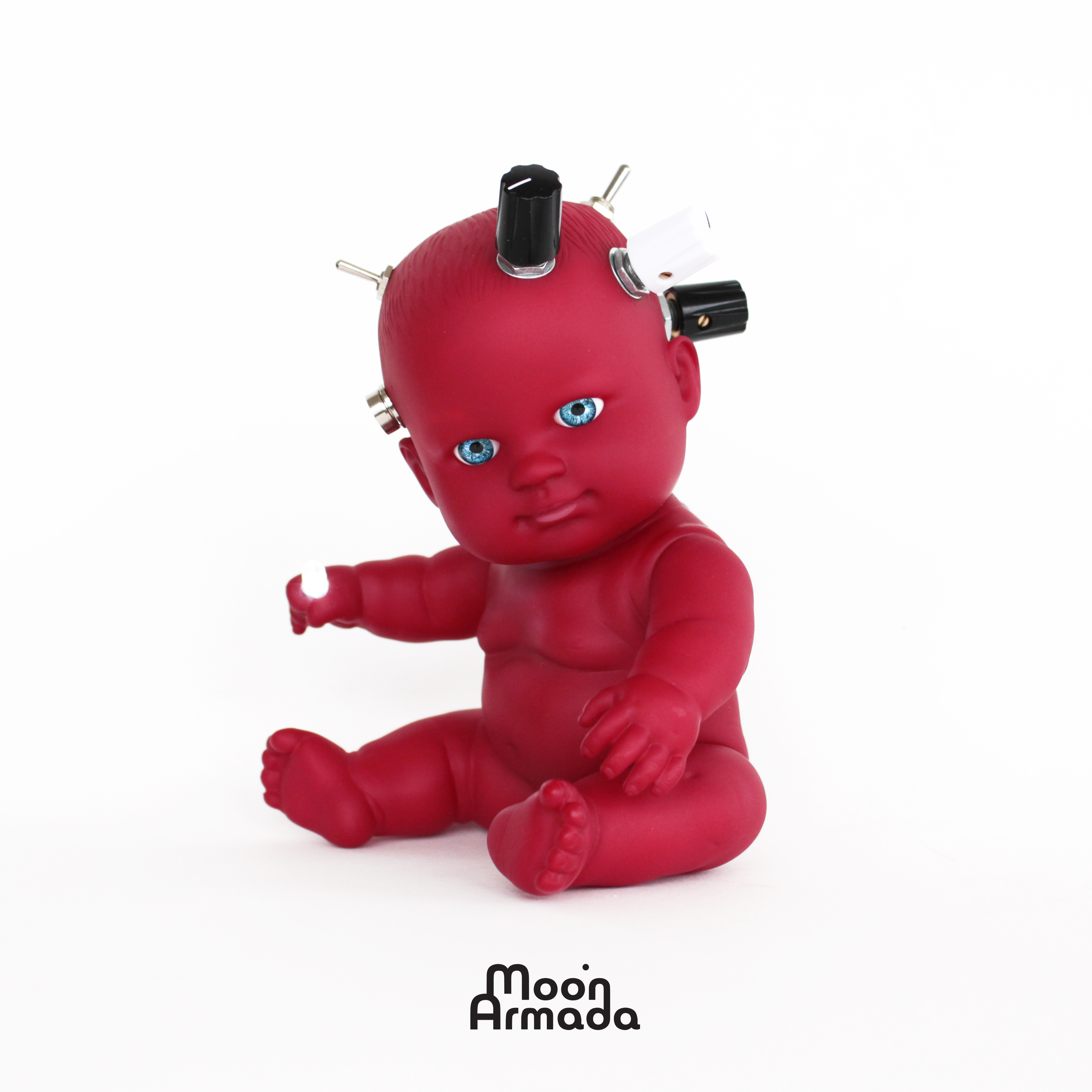 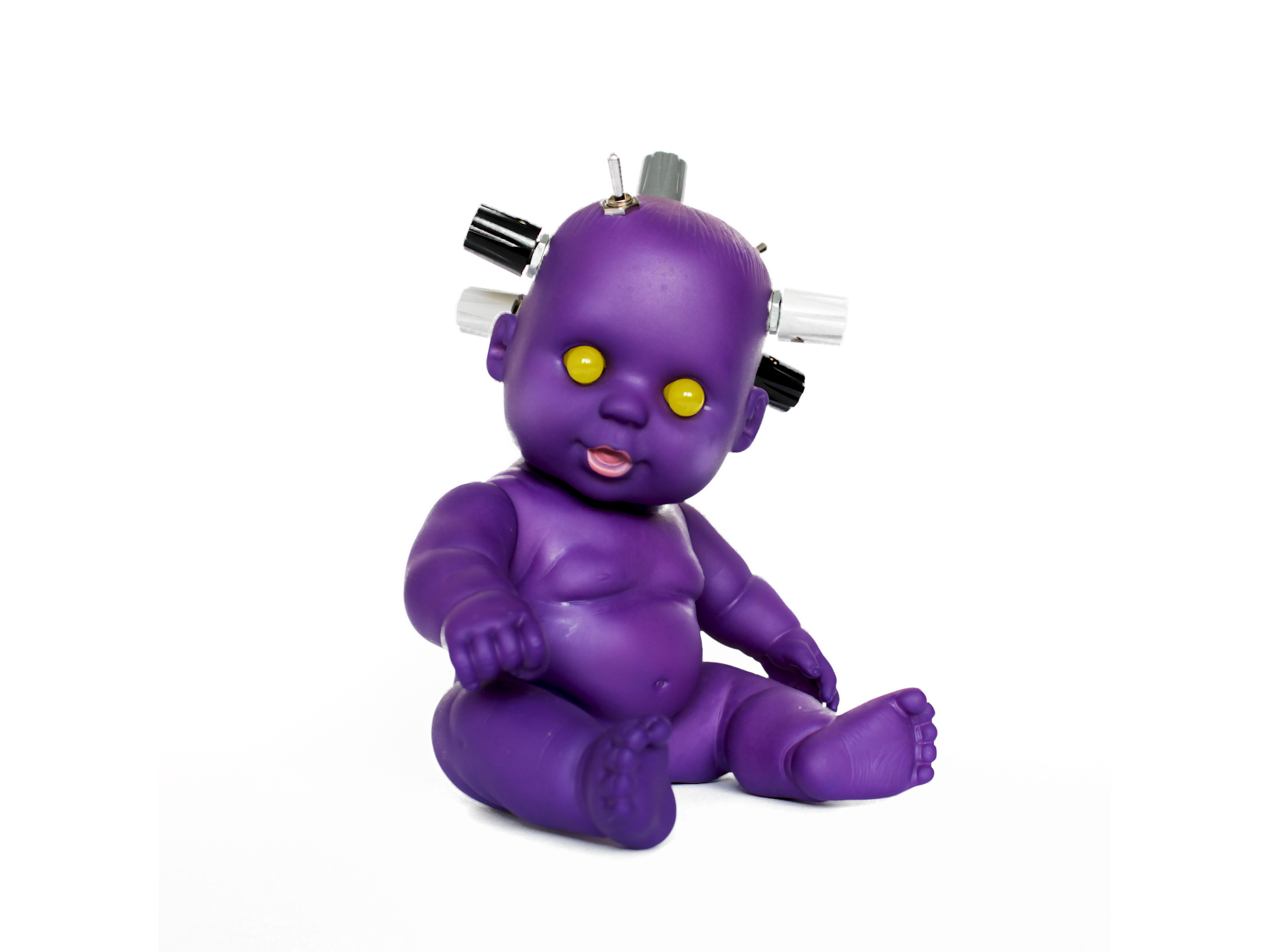 Thank you for adopting the boutique 'Baby Bot - Light Theremin, Powland Edition' by Moon Armada. This synth is set up to be wild and experimental, so the best way to play it is to just start turning knobs until you find combinations you like. The LED in the Bot’s hand can be used to shine light into or cover up the light sensor. Due to popular demand shipping will take a few more weeks (around end of May)

To get started, you will need to remove one or both of the legs and install a 9v battery.
All of the connections have been reinforced and are pretty durable, but please keep in
mind when handling that there are free-floating parts inside that can become
disconnected if subjected to too much pulling or impact.

The metal switch on the top left switches between drone and momentary mode.
When in drone mode, the synth will be constantly on; hen in momentary mode,
the synth will turn on when the white button on the back is pressed, and turn off
when it is let go.

The 1/8” jack on the bottom is the audio output.

The jack on top is the CV input, which works with voltages from 0-5 DCV,
and controls the flashing of LED in the the Bot’s hand.

The white knob farthest back controls the volume.

The other knobs and light sensor control the frequency of each oscillator. There are 4
cascaded square-wave oscillators in this synth, meaning the first oscillator modulates
the second, the second modulates the third, the third modulates the fourth, which is
connected to the audio output.

The LED in the Bot’s hand can be used to shine light into or cover up the light sensor.

The 3-way metal switch on the right controls the release time of the Bot. The center
position is immediate release, forward is short, and back is long. Switching between
release modes will have a big effect on the behavior of the momentary button.

The synth is set up to be wild and experimental, so the best way to play it is to just
start turning knobs until you find combinations you like. Generally,
having the knobs turned higher (to the right) will result in more abrasive,
noisy sounds, while having them turned down (to theleft) will yield more beep-boop type sounds.

1) Try tuning all of the oscillators to one another for some fat drone sounds, then slightly detuning one or more of the oscillators for a PWM/ formant-type effect.
2) Tune turn the knobs of one or two of the oscillators almost all the way up, which will result in various cool noise sounds.Results will vary based on which oscillators you do this to.
3) This synth works great with pedals and other FX. Just be sure that if you are using an adapter, such as 1/8” to 1/4”,that you use a mono adapter.

Please feel free to contact me at kevin@moonarmada.com if you have any questions. Happy noise-making!

BabyBot - Light Theremin
Shipping Quote
Your request has been received! We will get back to you shortly. If you have further questions feel free to contact jessika@powland.com
Something went wrong while submitting the form! Please contact: support@powland.com